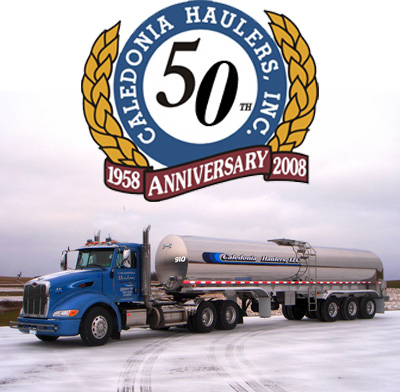 April of 2010 – Another growth year for Caledonia Haulers. We acquired the Jerry Sommer’s milk route in the Waukon, Iowa area and began a facelift to our main offices.

Then with continued changes of federal emission standards Caledonia Haulers was forced to make a change in engine manufacturers. To further strengthen the relationship with our Peterbilt dealership, we cautiously made the change to the PACCAR brand MX engine.