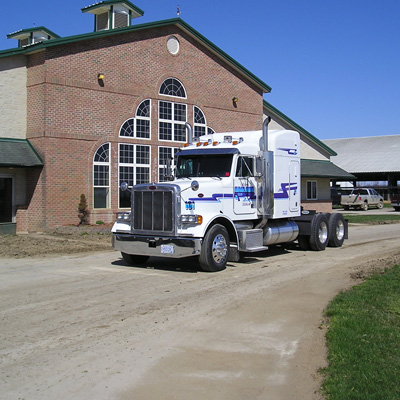 2006 – By the end of 2006, the company had added three trucks and farm route trailers to the Northwest Indiana area and was operating 100% CAT power in Peterbilt chassis. This closely developed relationship with Peterbilt has earned them a distinguished reputation that was featured in the “First Class” Magazine summer issue.