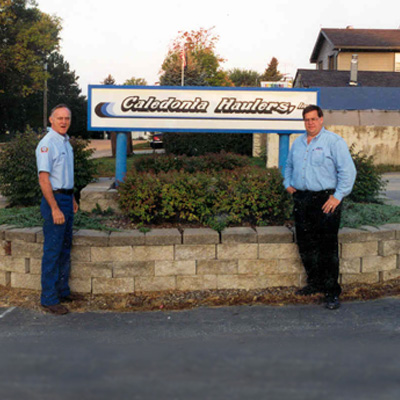 July 13, 1998 – We bought the Gary Nation farm route and sold the livestock trailers. With the growing number of trucks, we built another building to be used as more shop area and we started using this building in October of 1998.

December 1, 1998 – The company bought the Wittenberg milk route in Rollingstone which included four quad axle trucks and four drivers. We added another nine tractors and seven trailers to the fleet.